The ugly truth behind fake news

By Faye Harris-Frost, head of PR 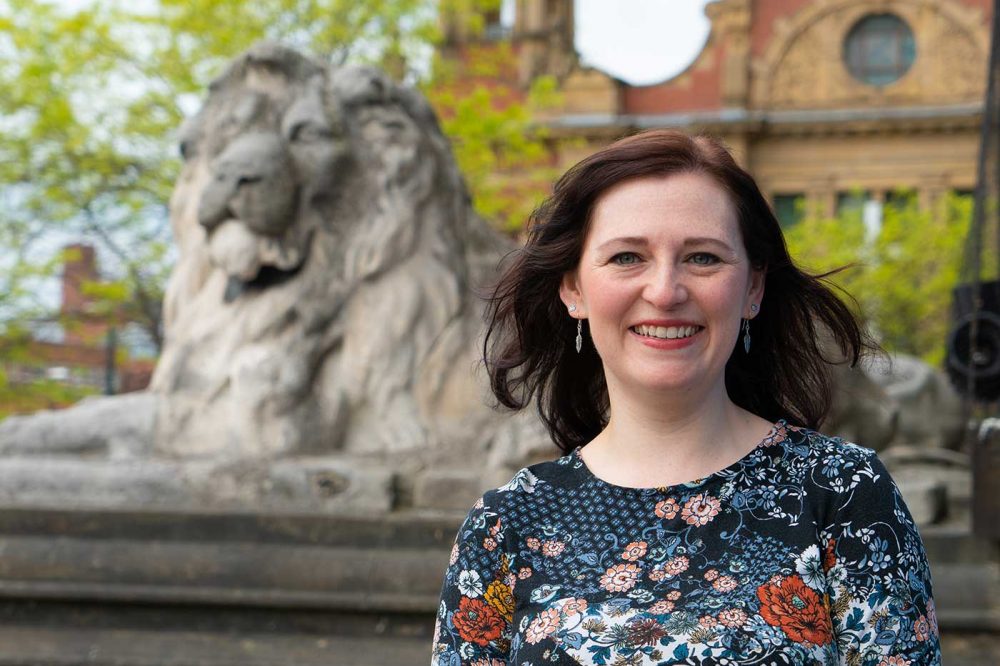 Did you know that 35% of all statistics are made up on the spot?  Well, that’s what I read… and in today’s world, the written word has more power to influence than ever before.  As the way people consume, repeat and evaluate information continues to evolve, the growing epidemic of fake news is throwing the public relations industry into more than just a gentle spin. So how can we regain balance?

Propaganda and the spreading of disinformation have long been the tools of the more unscrupulous political parties but the level of fake news distributed via social media, print and broadcast media over recent years, and during the recent election campaign, has become unprecedented and has filtered into nearly every industry, including construction, and every marketing platform. However, PR activity that is both effective and ethical is by no means a thing of the past and most professionals remain passionate about protecting the integrity of the industry.

It’s important to remember that although PR is an important part of the construction marketing mix, its main purpose is not to ‘sell’ but to establish, develop and nurture relationships with a company’s target audience. And like all good relationships, honest and open communication is key and once you try to distract or deceive, that relationship can soon turn toxic.

Calm in a crisis

Of course, there will be times when bad things do happen and issues present themselves that companies would much rather the wider public didn’t know about.  Here, silence can be just as damaging to a reputation as wilful deceit.  The absence of an official statement, however brief, is one of the surest ways to generate gossip and speculation and in today’s fast-paced world of social media, this can quickly escalate with companies finding themselves a victim of fake news. This is why crisis management strategies are so important within construction marketing as a good PR agency will have the skills, knowledge and press contacts to be able to limit any potential damage to a company’s reputation and relationships, without resorting to any under hand methods. 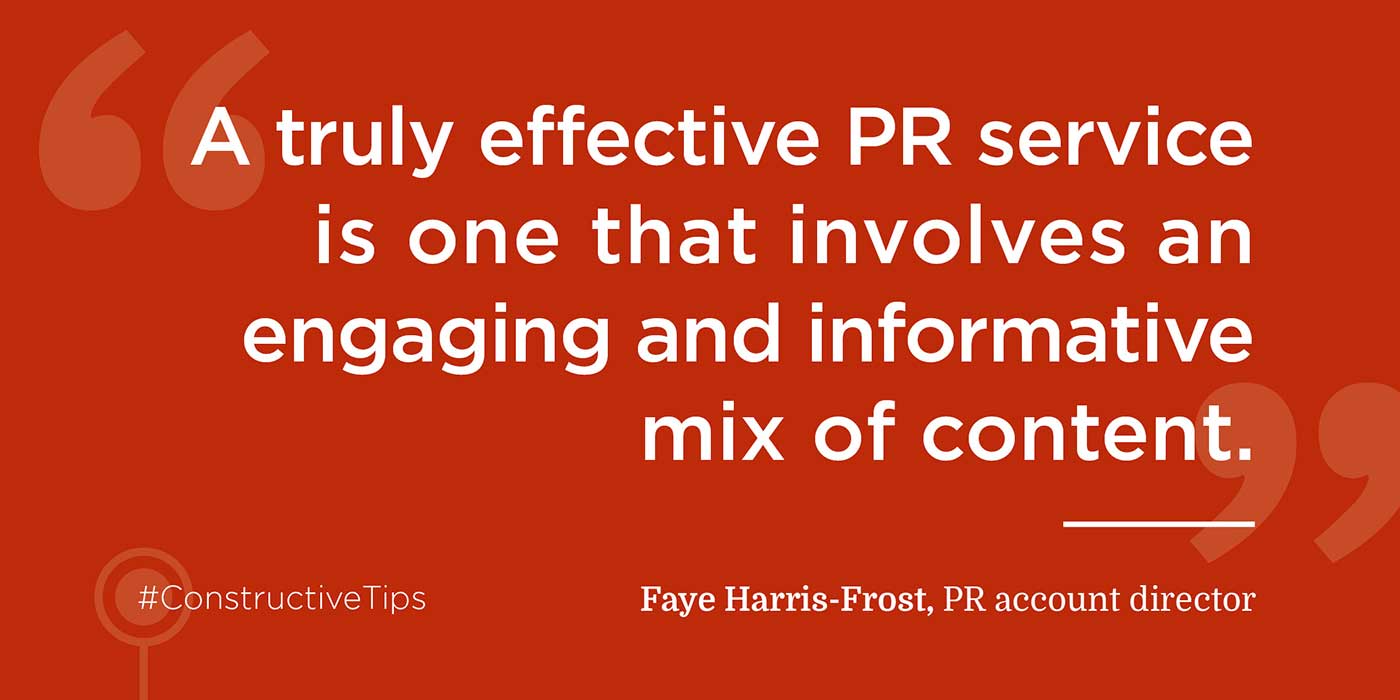 As the main role of any PR activity is to build relationships and reputations, it is vital within construction marketing but it is also much more of a long-term investment.  Whereas content hosted on your own website lends itself to being much more promotional in tone and social media activity by its very nature requires a degree of brevity, traditional PR activity allows companies to communicate messages in more depth. Key to the success of this is making sure that your content is seen in the right places by the right people.

Many media organisations, particularly those operating within the construction industry, tend to publish content from press releases verbatim,  which means that your message can be communicated widely and without change.  The downside to this can be that any mistakes, whether typographical or factual, can be hard to rectify or retract.  It can also lead to a trend of dumbing-down press releases, as vague or bold claims go unchallenged and the potential news angle is often lost.

Generating print and digital coverage is of course a clear indicator of how well your PR agency is performing but numbers only tell half the story.  A truly effective PR service is one that involves an engaging and informative mix of content and one that targets the top-tier media partners in your sector.  Working with journalists who report on your story rather than simply repeat it, it’s an important way of building credibility.  A good PR agency will not only have strong working relationships with the media but will have the skills to position your brand in the best light, whether this is through negotiating features, contributing by-lined articles or arranging interviews.

Established industry bodies such as the CIPR have a clear code of conduct for members to follow and work tirelessly to ensure that public relations as a marketing discipline remains a professional and ethical practice.  Choosing a PR agency that is a member of such an organisation is a good way to benchmark how they work and how they evaluate results. After all, if they are comfortable deceiving your target audience, it follows that they may also be more than happy to fudge the numbers to make a campaign appear more successful than it was.

Although fake news is a very real threat to PR and wider media industry, it certainly shouldn’t define it.  It certainly doesn’t here at Harris.

And by the way, the opening statistic hasn’t been fact-checked – so don’t quote us on that.