You might remember us telling you that our senior designer Matt Cheetham was preparing for a climb to the Mount Kinabalu summit with his wife Charlotte in aid of mental health charity, Leeds Mind – and we’re proud to announce that he not only made it to the top, but has surpassed his fundraising target! We caught up with him to find out more about the experience, and whether or not he’s planning on scaling any more mountains in the future. 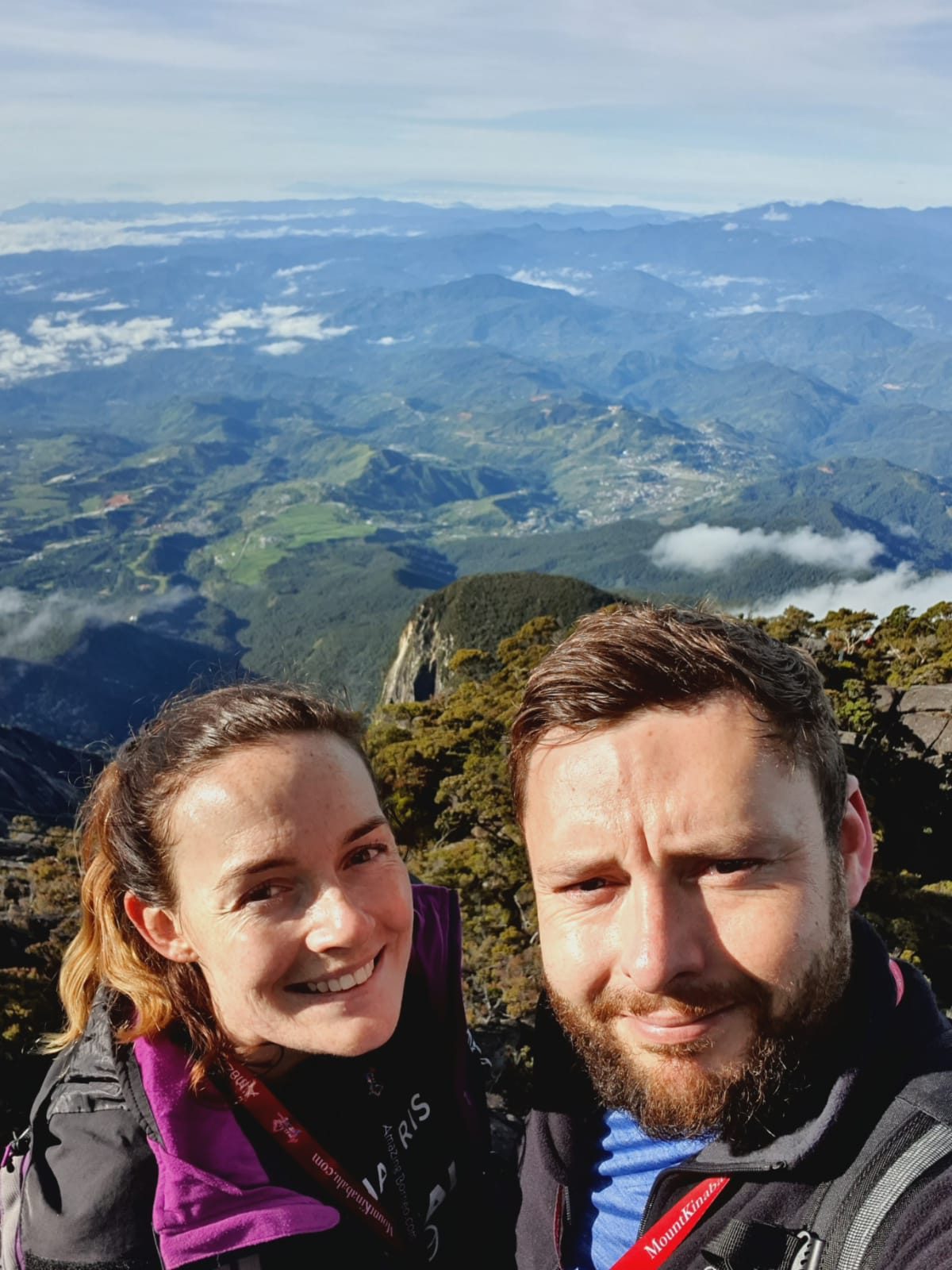 What did the climb involve?

On the first day we had a six hour walk to the camp, which was 3000 metres above sea level. When we first set off it was extremely hot which made it tough to begin with, especially because we had to navigate steep mud stairs for a large part of it whilst carrying our backpacks containing all of our climbing gear, which weighed around 10-15 kilograms.

As we reached the 2000 metre mark, the mud stairs became noticeably more difficult to navigate – and it didn’t help that the weather changed to really heavy rain as well. 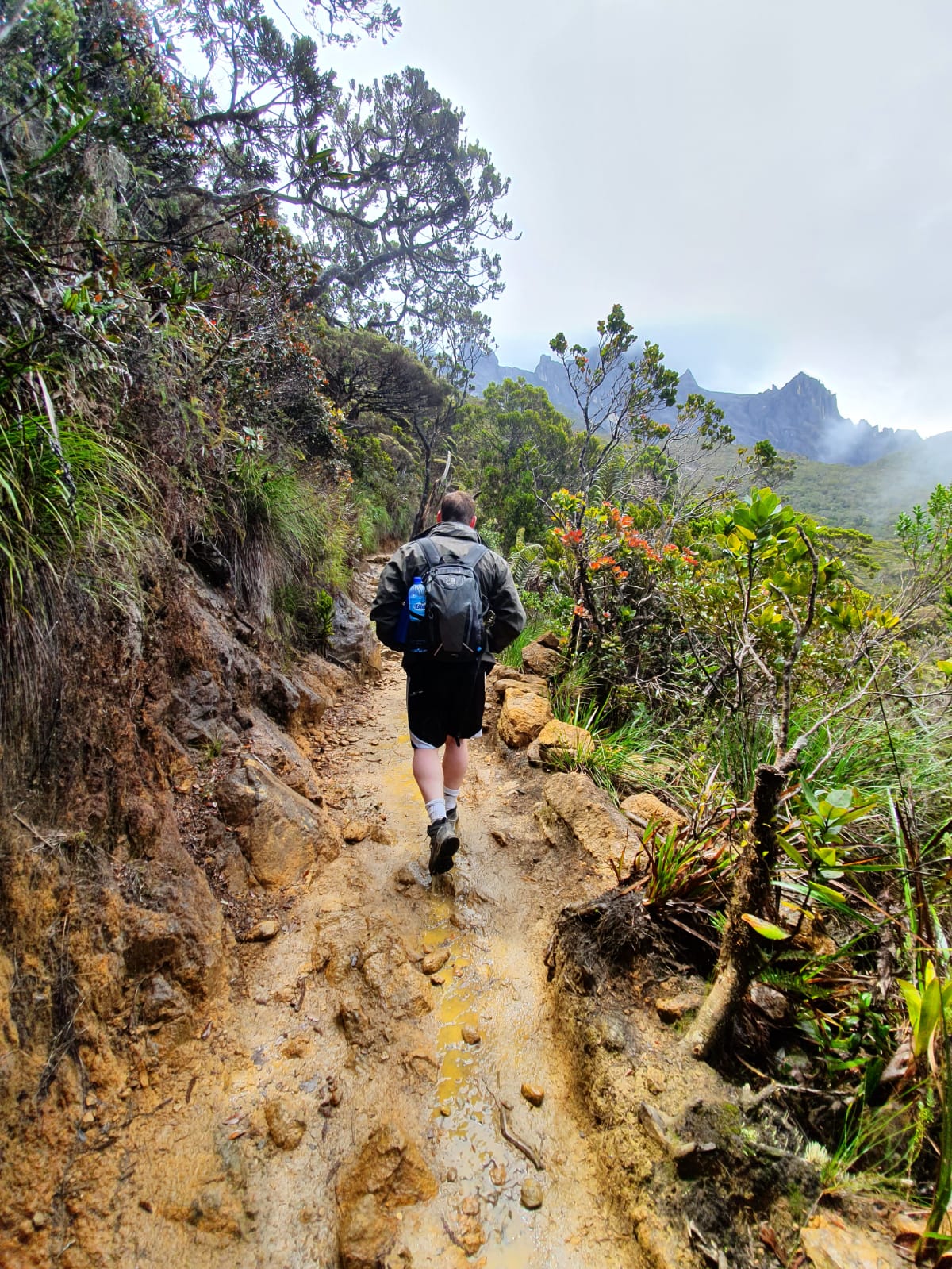 We arrived at the camp at around 3pm, had some food and went to bed at around 7pm, as we had to be up and walking again by 2am. When we set off it was -2°C and dark, so we were armed with head torches and wrapped up to keep us warm. The first 20 minutes especially were so tough, and even involved pulling ourselves up a rocky face with a rope in the dark.

We made it to the summit at around 6am; when we first got to the top it was cloudy but all of a sudden the cloud lifted and we had the most amazing view.

After spending some time at the top, it took around eight hours to walk back down which was just as tough as the climb up. At this point we were mentally and physically exhausted with plenty of blisters, cuts and bruises, but it was absolutely worth it.

Was it what you expected?

It was so much tougher than we expected – we didn’t realise we’d have to navigate so many technical sections like having to pull ourselves up with ropes in the dark. A lot of people even turned back at this point without reaching the top. I dropped my head torch half way up the rope climb, which was so scary but Charlotte got me through as always! 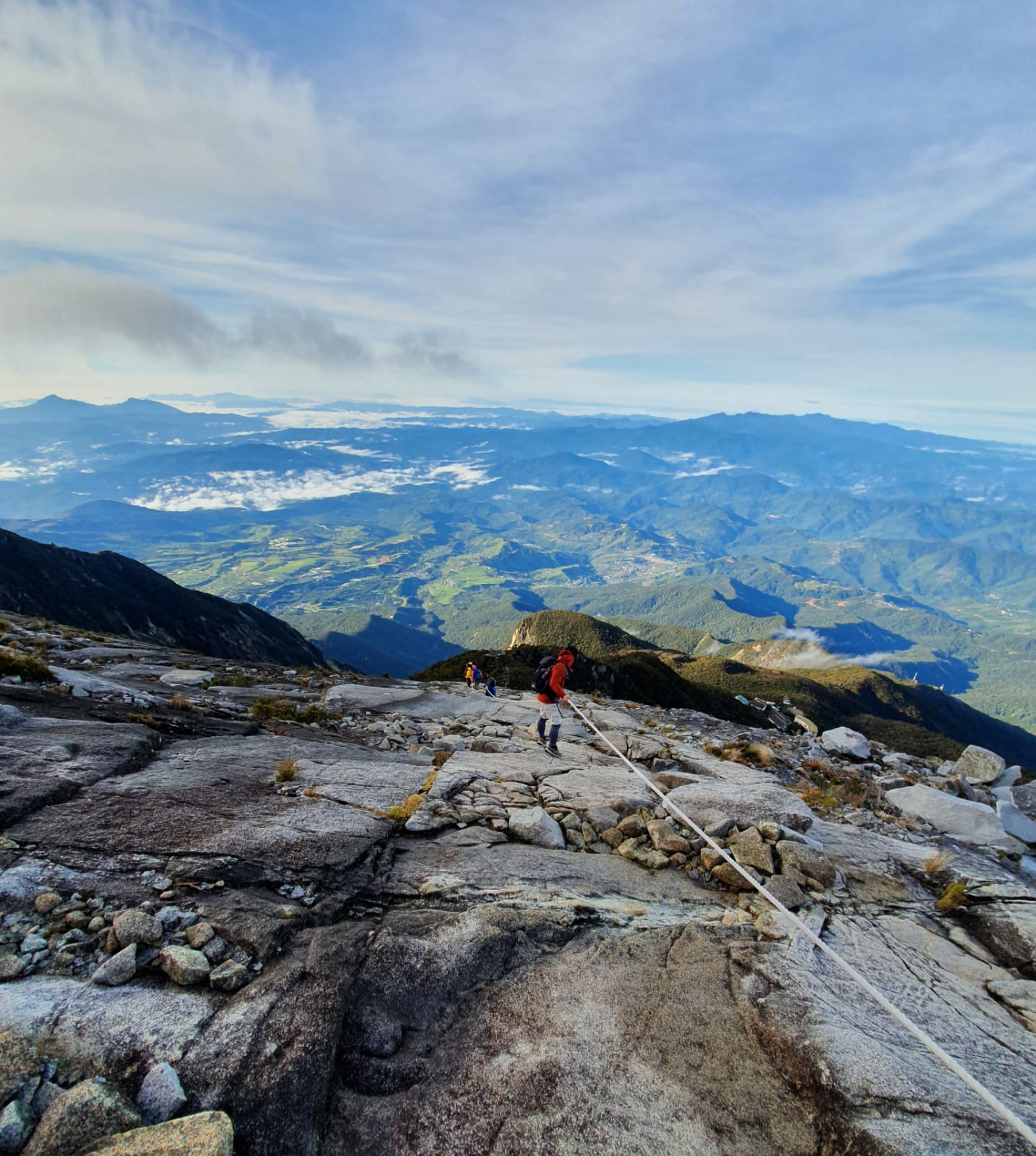 As tough as it was, the views and cause made it all worthwhile. Thinking about why we were doing the climb and who it was for spurred us on to finish. 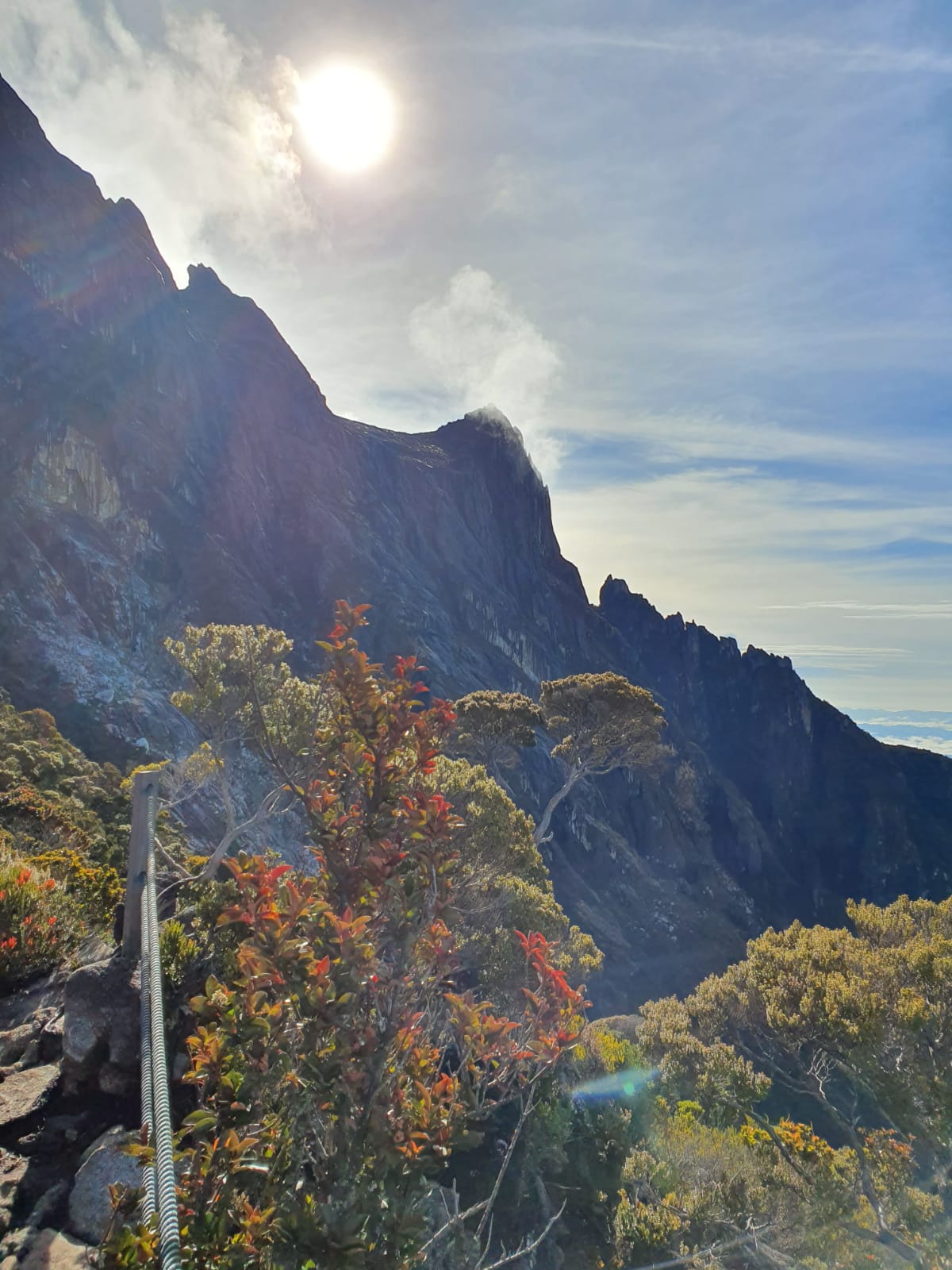 What did you do after the climb to recover?

We checked into an amazing island resort where we had some much-needed beach and spa time, as well as plenty of great food.

Would you do anything similar in the future?

We love to challenge ourselves – we’re by no means the fittest people, but together we feel like we could do more than we would alone! We spoke to someone who did a 14-day trek to Everest basecamp and she said the Mount Kinabalu climb was even more challenging as it’s packed into just two days, so the first thing Charlotte did was research Everest basecamp. I definitely wouldn’t rule it out.

How much money have you raised?

In total we’ve raised £400 from online and cash donations which is amazing. We’re so grateful – as is the rest of my family – to everyone who donated. It means so much to us and even though it’s not a life changing amount of money, it will help Leeds Mind help someone in some way. 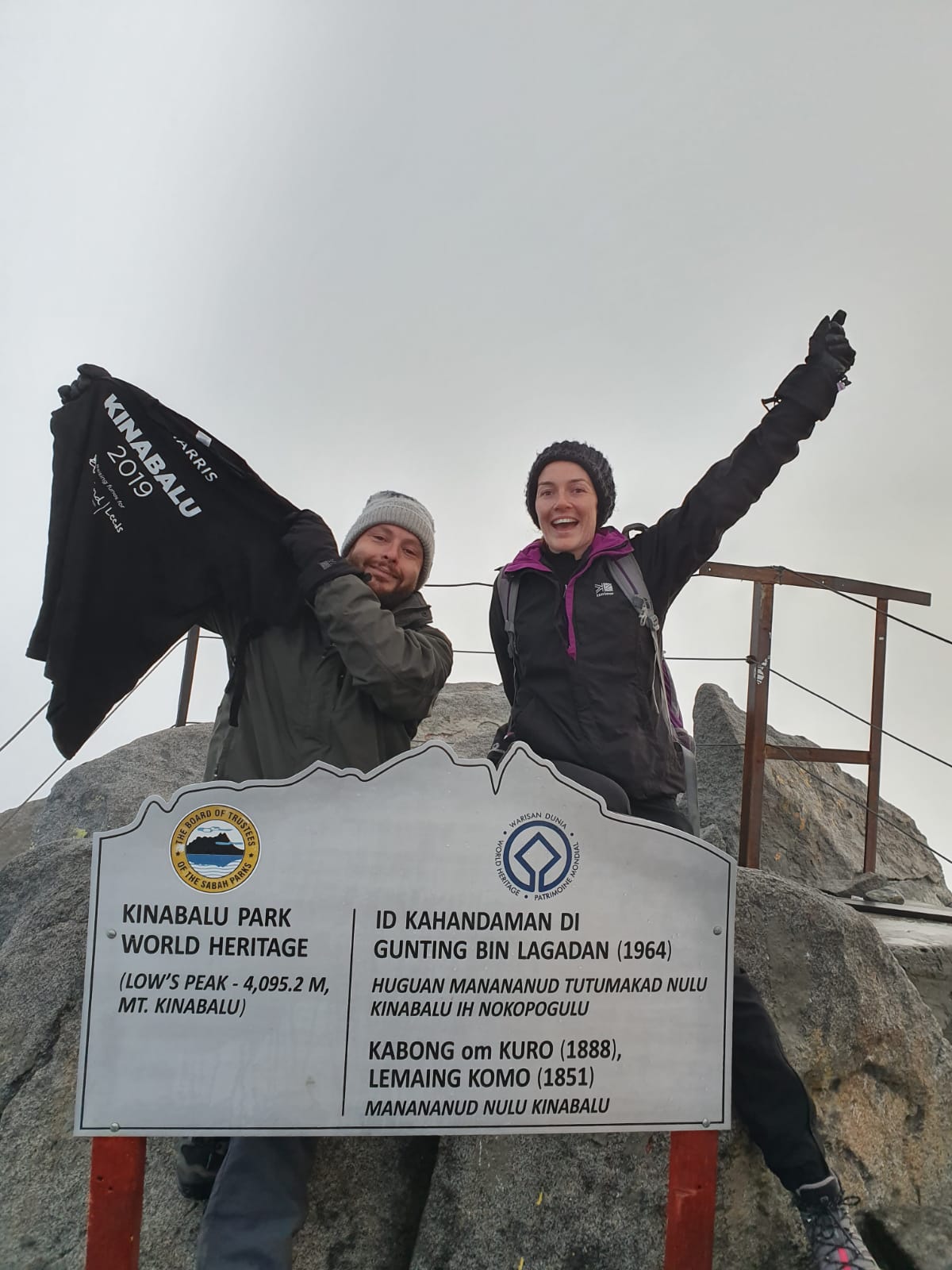 Congratulations to Matt and Charlotte! It’s not too late to donate, which you can do here.