The Great Harris Bake Off 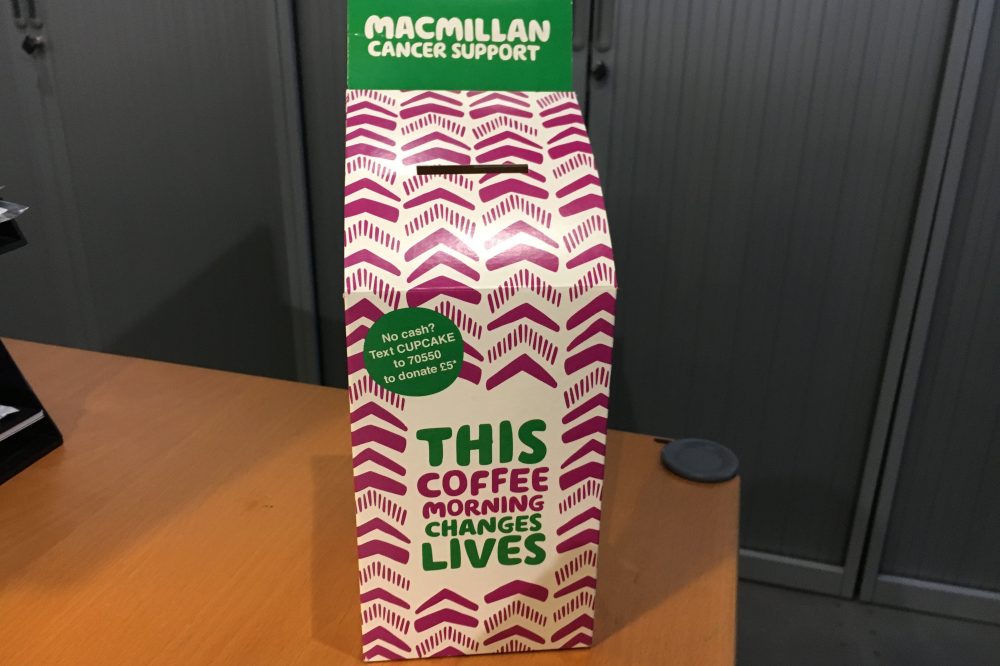 If you follow us on social media, you’ll know that we spent the whole of last week raising our sugar levels to raise money for Macmillan Cancer Support, in the form of a week-long Great Harris Bake Off. Here, our PR account executive and bake off organiser Amy talks us through how the week went.

Whenever the Harris team had spoken about last year’s Macmillan Coffee Morning, the overall feeling seemed to be that it was great but very, very sickly! So, when tasked with organising this year’s fundraiser, I wanted to do something a little different and decided to spread out all of the cake-eating by turning the coffee morning into a week-long bake off, with an overall winner announced on the day of The World’s Biggest Coffee Morning. To keep scoring as fair as possible, we had daily head to head rounds (because we all love a bit of friendly competition here), and whoever had the highest average score at the end of the week would be crowned the Great Harris Bake Off champion.

Our usual Friday afternoon quiz was given a baking theme, with Kirsty and Liz both getting an impressive nine out of 10 answers correct. After a tough tie-breaker question, Liz was announced as this week’s quiz champion. 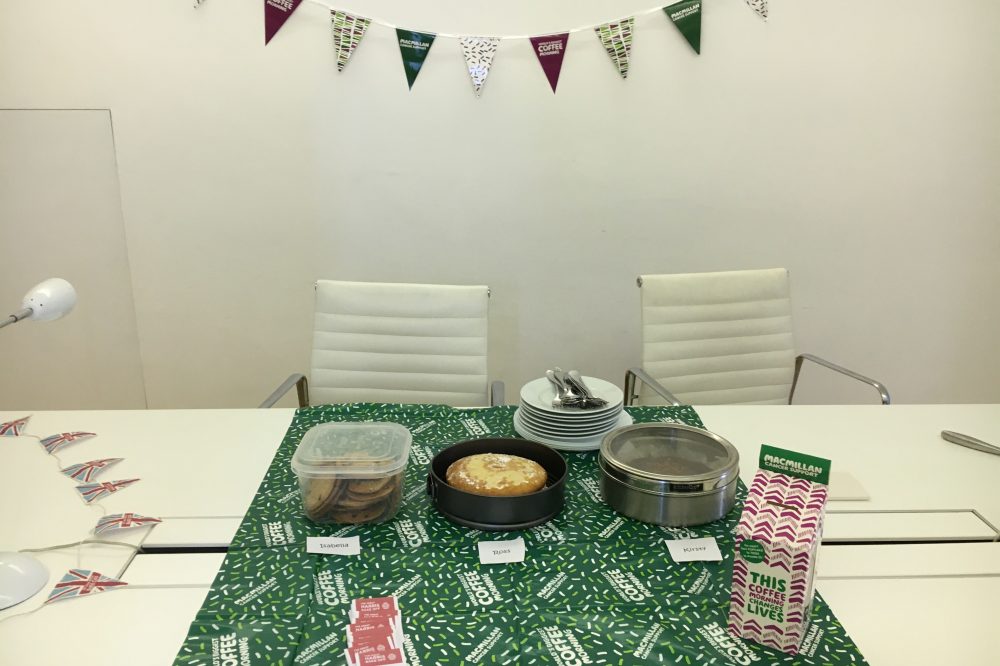 The second day of our bake off featured a photography team showdown, with Jim and Josh entering their cakes for the chance to be crowned Star Baker. It was close, but the ‘Jim and tonic’ cake was given the highest score of the day over Josh’s three-tier black forest gateau. 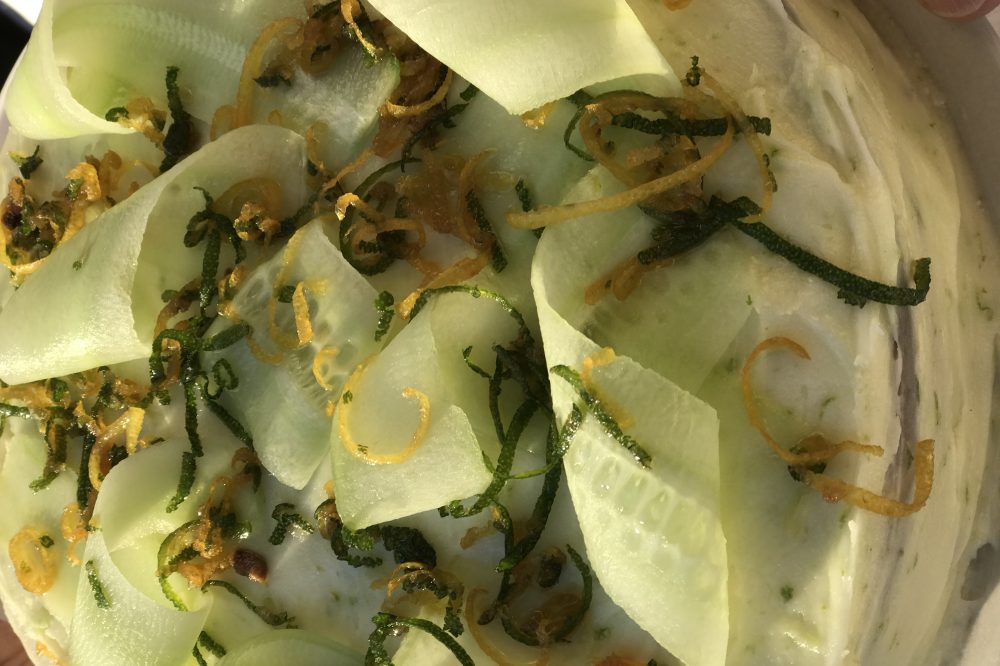 To raise some extra funds, we also had a ‘guess how many sweets are in the jar’ competition, with the closest guess winning the jar. Ross was the clear winner, guessing just 80 sweets less than the total in the jar. 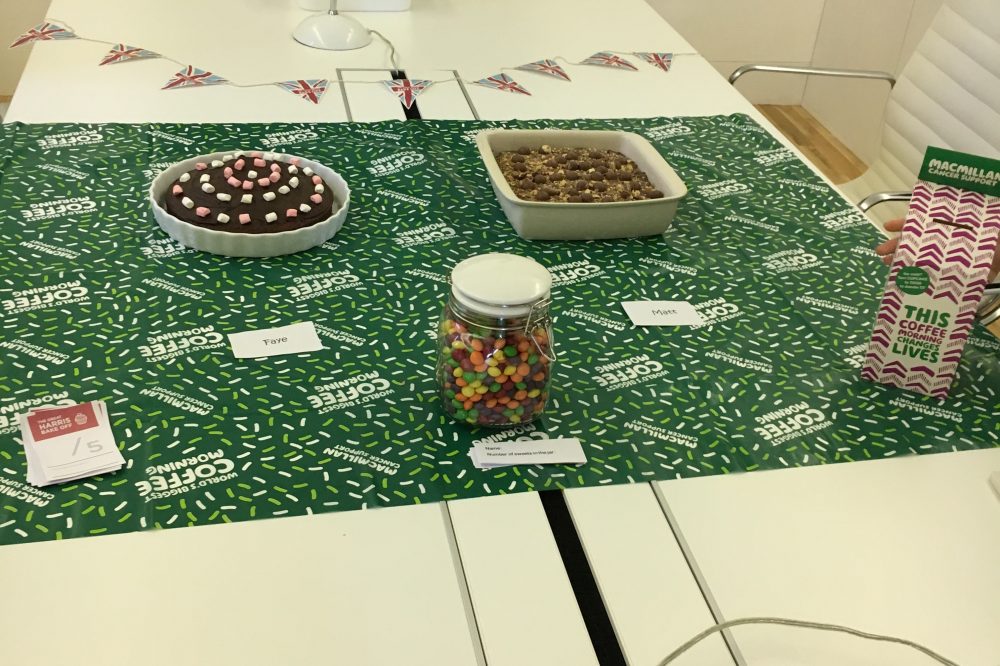 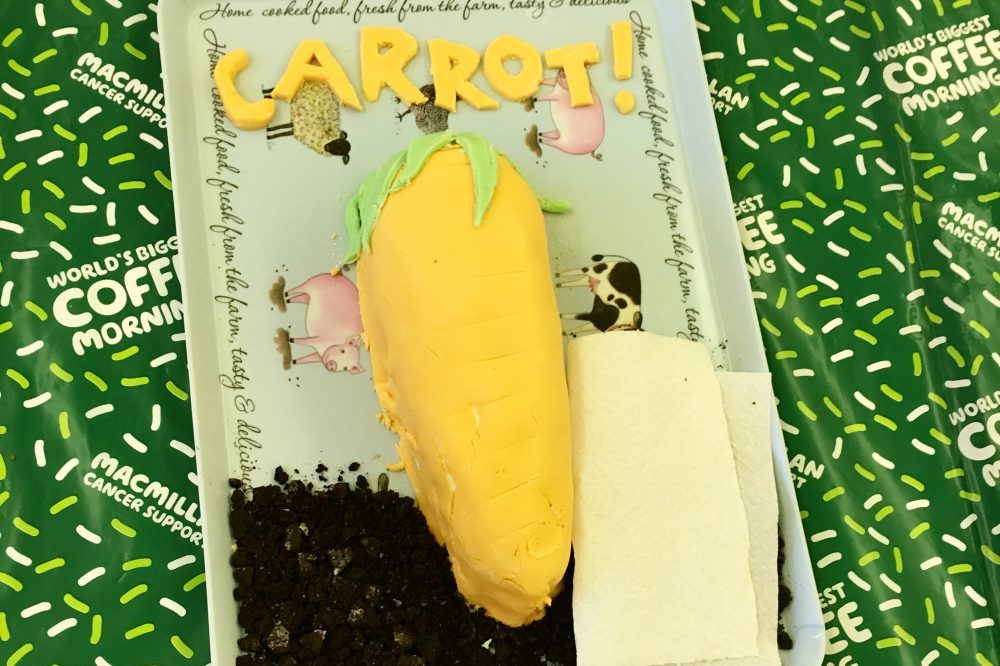 The penultimate Great Harris Bake Off entries felt slightly healthier (but still contained just as much sugar!). Ruth was given the honours of counting scores and announcing the day five winner, with my lemon drizzle cake just taking the title over digital developer Adam’s banana loaf. 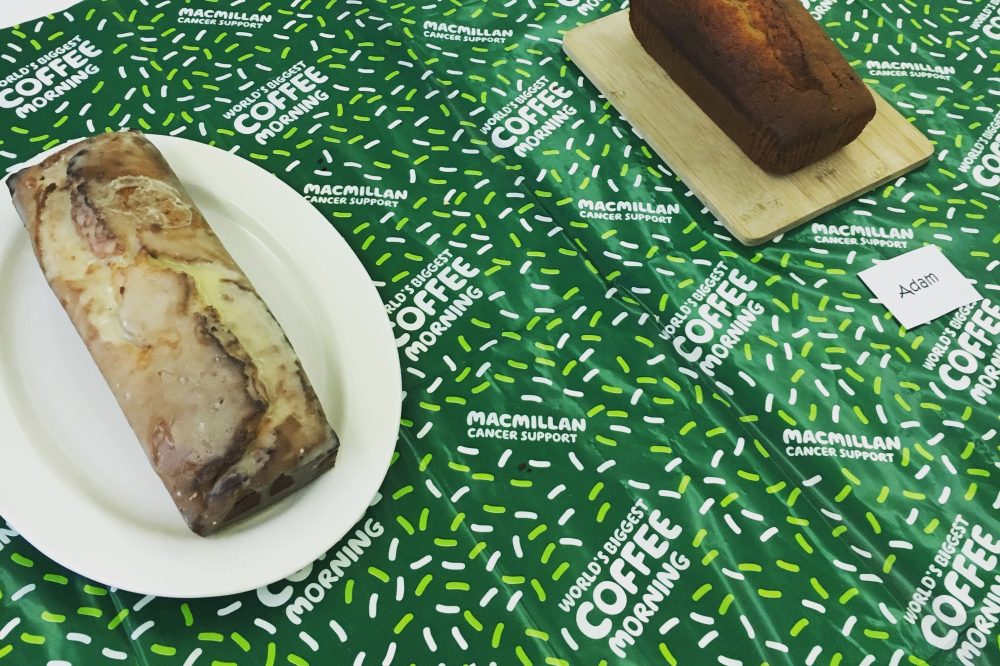 The final day of the bake off saw three entries: our design director Neil and junior designer Emily both entered brownies. While both brownies definitely satisfied our 11am sugar cravings, the final head-to-head winner was our social media manager Karla’s Mexican ‘impossible cake’ which went down a treat.

As if we hadn’t had enough cake this week, we also had a ‘guess the weight of the cake’ competition, with whoever guessed the closest winning the mint Aero cheesecake. Weighing in at 1.023kg, Emily was the closest with a guess of 1.050kg. 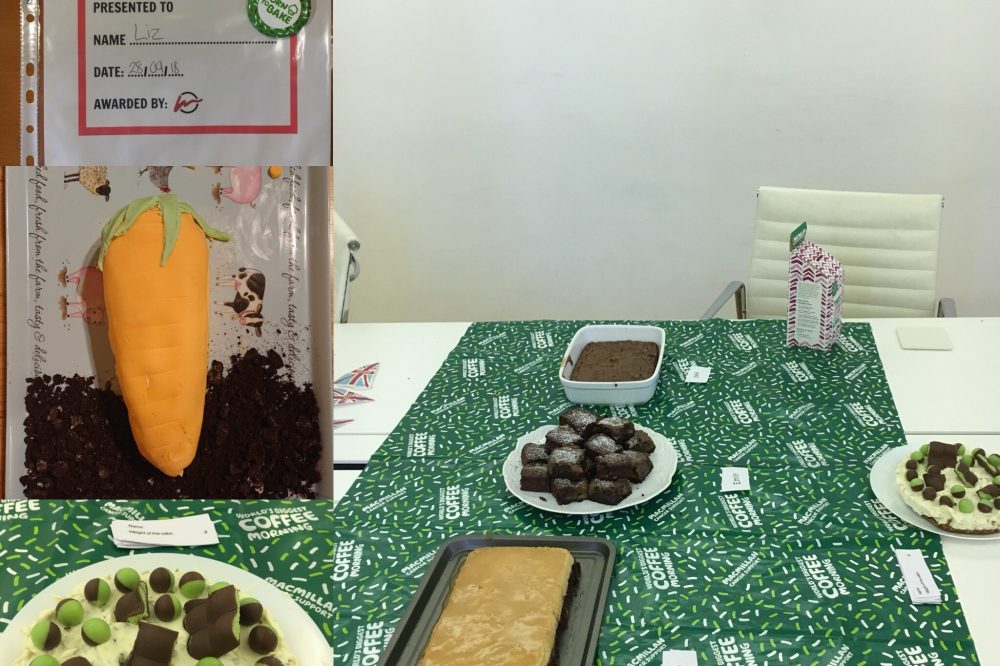 With all of the head to head titles having been awarded, this year’s Star Baker and Great Harris Bake Off was awarded to Liz for her showstopper carrot cake!

The bake off was a great success, raising a fantastic £125 for Macmillan Cancer Support; although the 11am cake cravings are still very much real!