Getting to Know: Matt 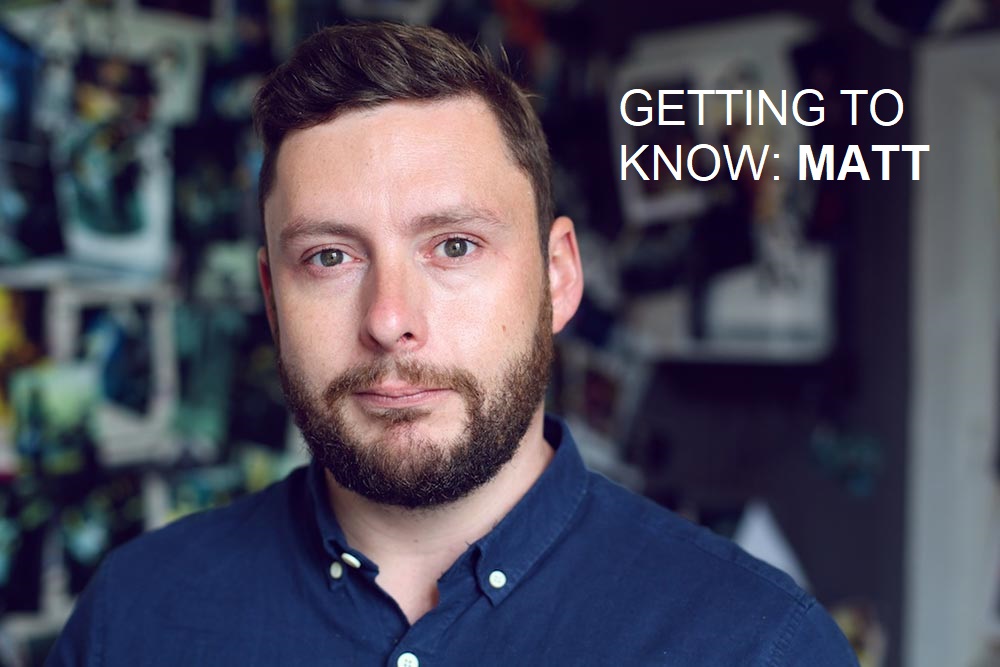 The latest subject of our ‘getting to know’ series is Matthew ‘Matt’ Cheetham, our newlywed designer! Read on to find out where he’s going for his honeymoon, and why, if he were a type of drink, he’d be a shandy…

Tell us a bit about your role at Harris.

I’m a creative designer with quite a varied role. My day-to-day work usually includes bringing to life all the great ideas and content from design, PR and social and giving them a visual identity, whether that’s for online or print. One day it could be a 100 page brochure or logo, another day it could be creating GIFs and social media cards. It always keeps me on my toes.

How would you describe the culture at Harris?

A really relaxed and fun place to work. Everyone works together meaning the end result is always a group achievement. There’s no snobbiness or ‘power hungry’ hierarchy, so everyone’s opinion and perspective is as important as anyone else’s.

What’s been your favourite project to work on so far?

Tough one. I’ve been working on some pretty huge documents so when they’re completed it will be satisfying, as always. I love branding though and the recent brand concepts I’ve worked on for Juice Bar definitely stand out.

What made you choose a career in design?

I’ve always been arty. It was a subject that I really enjoyed in school along with maths and physics. I got into engineering but after a couple of years realised it wasn’t for me. Maths and physics out the window, I thought ‘let’s try make a career out of my creative skills’. I graduated in 2013 with my BA (Hons) in graphic design and it turned out I loved it, and I haven’t looked back since.

What was the last full album you streamed?

Streamed? More of a mixed playlist fella myself. If the Easy 90’s playlist on Spotify was a record it would be worn out by now, let’s put it that way.

There’s so many. Some good, some bad – scorpions in the shower, wasps the size of your hand in the Amazon and snorkelling with sharks and stingrays in Belize. The one that stands out more than any other though is when we travelled to a little group of islands just off the coast of Panama called San Blas. When we arrived we were on an island smaller than a cricket pitch; no phones, no electricity, no supermarket or shop – just a perfect island with the most amazing beach surrounded by clear blue water with a couple of wooden huts. You ate the fish caught that day by the island’s fisherman. It was surreal. We were only going to stay a night but stayed five. It felt that we were a million miles from the hustle and bustle of the UK. People use the word paradise far too often but this really was.

(Best not to Google them, you’ll only wish you were there!)

You’re hiking Kilimanjaro for your honeymoon next year – how’s the training coming along?

You’re a keen ambassador of thirsty Thursdays – if you were a type of drink, what would you be and why?

A shandy – neither use nor ornament.

Harris » News » Getting to Know: Matt