Getting to Know: Matt B 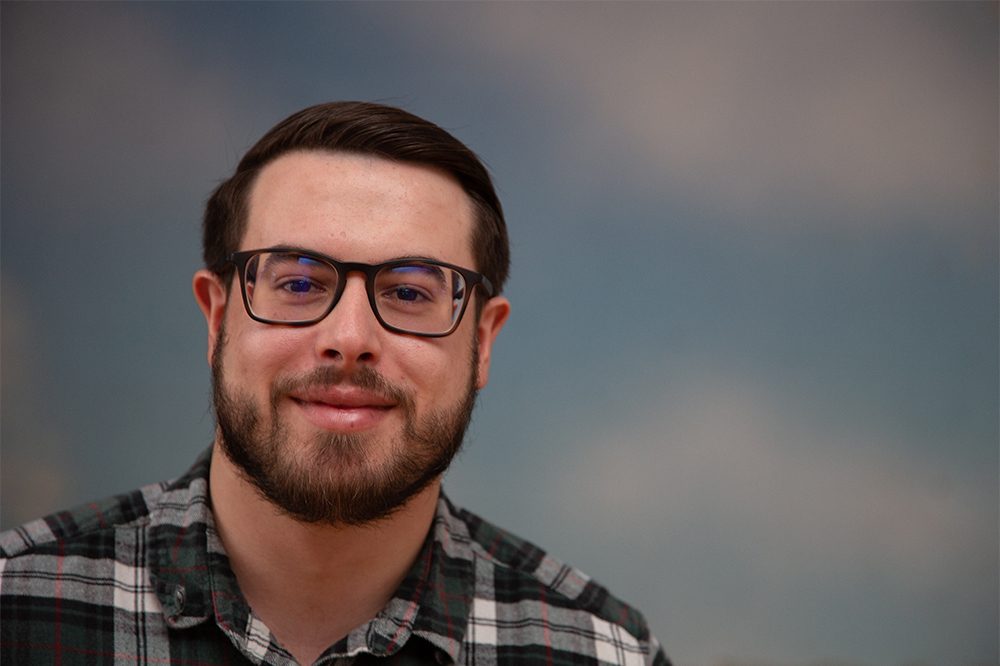 The next subject of our getting to know series is our latest recruit, Matt Bornshin. You may already know that he’s a dog lover, but can you guess his guilty pleasure? Read on to find out!

Tell us a bit about your role at Harris.

I’m a digital designer and developer. I’ll be designing and building new websites for our clients, whilst also maintaining and analysing our clients’ current websites.

How would you describe the culture at Harris?

Hard working but relaxed! It’s like a real family here and I haven’t seen anyone come in looking like they’re dreading another day here. It’s awesome!

What projects are you looking forward to working on most in the next few months?

We have some really exciting new website builds that we’re just about to start which should be really fun to do. We’ve just finished our research phase for one which was really insightful. I’m looking forward to approaching the design phase and then working with the client to deliver the best website for them.

Why did you decide to become a digital developer?

I’ve always been creative, from using crayons on my parents’ living room wall right through to my degree in Graphic Design, and I started learning to code during my first job as a junior designer. It wasn’t until about a year and a half ago though that I fully developed a passion for digital design and stepped away from print. This passion also pushed me to really get involved in web development and learn various coding languages, meaning I can now build the designs that I create! I love how versatile the digital world is, from the various devices we have to think about to the different technologies that also need to be considered. I also get a complete buzz off interfaces that interact with the user, creating a seamless experience.

Did you pursue any other career before becoming a digital developer?

I almost gave it all up to pursue becoming a canine behaviourist and work with rescue dogs.

Tell us about your dog!

Tye is five year old German Shepherd. He’s a larger than standard example of the breed and a complete softy. I swear he thinks he’s a small dog and not a 45kg mass of fur with the way he tries to climb up on my knee when I’m sat on the sofa. He loves to play and will do anything for a chicken nugget! I’m constantly covered in dog hair (I call it Tye glitter) – it’s not a real cup of tea without a dog hair in it…

If you could visit anywhere in the world, where would it be and why?

I’d go to Costa Rica and volunteer at the Territorio de Zaguates (Land of the Strays) for a couple of weeks. It’s a no-kill dog shelter housing nearly 1000 stray dogs. The nerd inside me wants to go and see how the dogs interact with each other, but imagine running around with 1000 dogs! I’d probably come back with five though.

If you could have a superpower for a day, what would it be?

Teleportation, so I could nip to Costa Rica on a weekend…

Harris » Getting to Know: Matt B