Getting to know: Andy 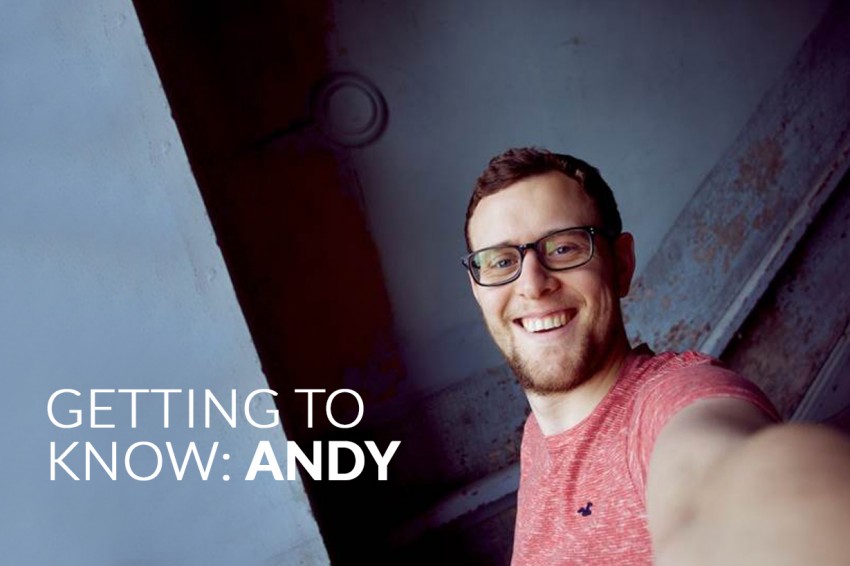 Continuing with our ‘getting to know’ series, we’re catching up with Andy, our resident filmmaker. Find out below how a wedding inspired his love of film, and his peculiar eating habits.

Tell us a bit about your role at Harris.
I’m the video guy at Harris, looking after creative concepts, scriptwriting, video production, editing, managing YouTube channels and soon to be a drone pilot! The role is really varied as we create a number of different types of video content, from product how-to guides to large-scale corporate films and everything in between.

How would you describe the culture at Harris?
I came to Harris from a public sector environment and I’m glad I made the move. The culture at Harris is fun and relaxed but we work hard. We have a film night once a month in our studio with a projector which has helped me in getting to know everyone.

When did you know you wanted to work with/in film?
I probably owe this one to my Auntie and Uncle. I was a page boy at their wedding when I was about eight years old and the family were taking turns using a camcorder to film the day. I just took it and wouldn’t put it down! From then on I’ve always been passionate about moving image.

What’s been your favourite project to work on?
We are always doing something new so I think this changes a lot. At the moment it’s the video we created for Double World Champion F46 javelin thrower, Hollie Arnold, who is sponsored by our client Howarth Timber. We went down to her training base in Wales and found out more about her Rio 2016 Paralympics training. Hollie was super fun, keep an eye out for her in summer.

What was the last film you saw in the cinema?
I love going to the cinema and the last thing I watched was Joy, which was pretty average. I read there’s an IMAX being built near me soon so I’m looking forward to that, if it’s true!

What was the last full album you streamed?
Innerworld by Electric Youth.

Who is your favourite football club?
I’m a Man United fan and obviously we won the FA Cup this season. Still, that doesn’t make up for the dismal few seasons we’ve had.

What did you eat for dinner last night?
Nesquik – I had a big roast for lunch.

Harris » Getting to know: Andy