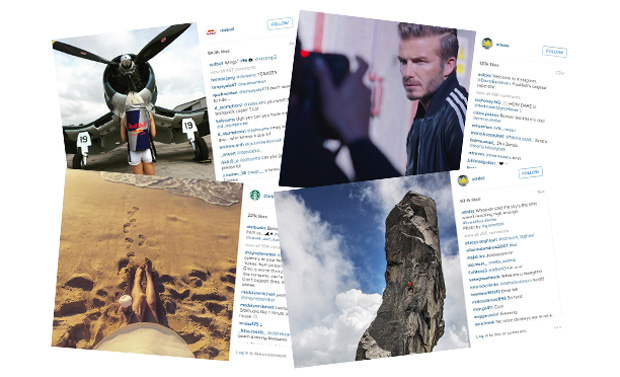 Instagram now hosts a whopping 80 million photos each and every day, but for the purposes of this blog we’ll ignore the fact that 79 million of them are by the Kardashian clan!

The app, which launched a mere five years ago, has now reached 400 million users and has surpassed its competitor Twitter, which has just over 300 million users. To add to this already exciting feat, this month alone, the app has expanded to 30 new countries. It has gone from a simple photo editing app, started in San Francisco, California to an app that is literally worldwide.

With numbers this massive your brand simply can’t afford to ignore Instagram as a possible marketing tool.

We have scoured Instagram for three brands that are making this app work for them – let us know which brands you think are using Instagram well!

Adidas is known for its classic shoe and track suits that Missy Elliott loved so much, but its Instagram page displays so much more than shoving the shoe and clothing line in our faces.  They do everything from highlighting their relationship with Kanye and his fashion line, to showing their support to the many athletes they support, such as David Beckham, James Harden and Caroline Wozniacki. Adidas also blesses our timelines with amazing scenic photos that inspire you to climb a very large rock in the middle of nowhere. Well done, Adidas, well done. 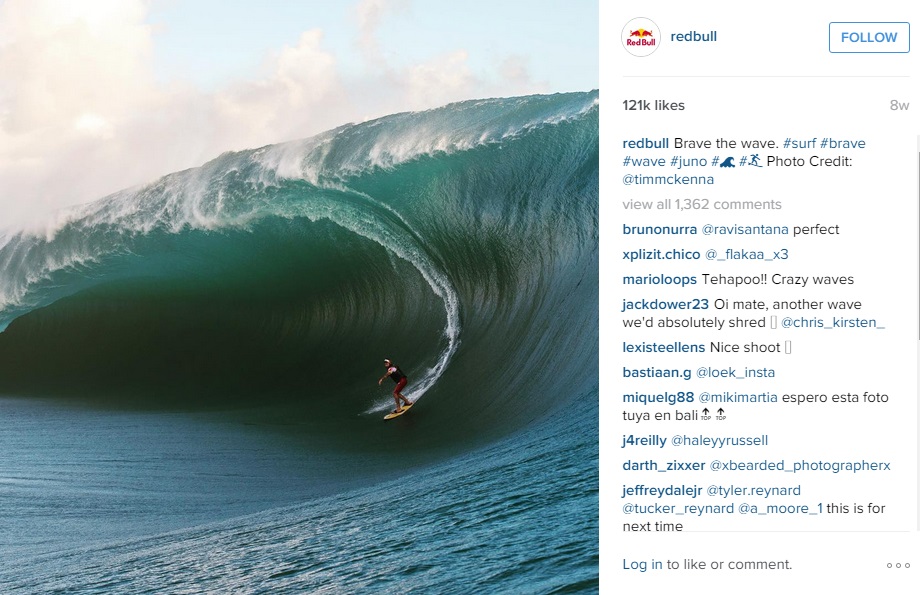 ‘Red Bull gives you wings!’ is the campaign that set this energy drink on a blazing path. Its Instagram account does just the same. The account offers outstanding action shots and exhilarating views from all over the world.  The best part? They don’t force a can of Red Bull in every photo. Yes, there has to be a few photos with the logo, but it’s not overly aggressive. Keep exciting us with every photo. 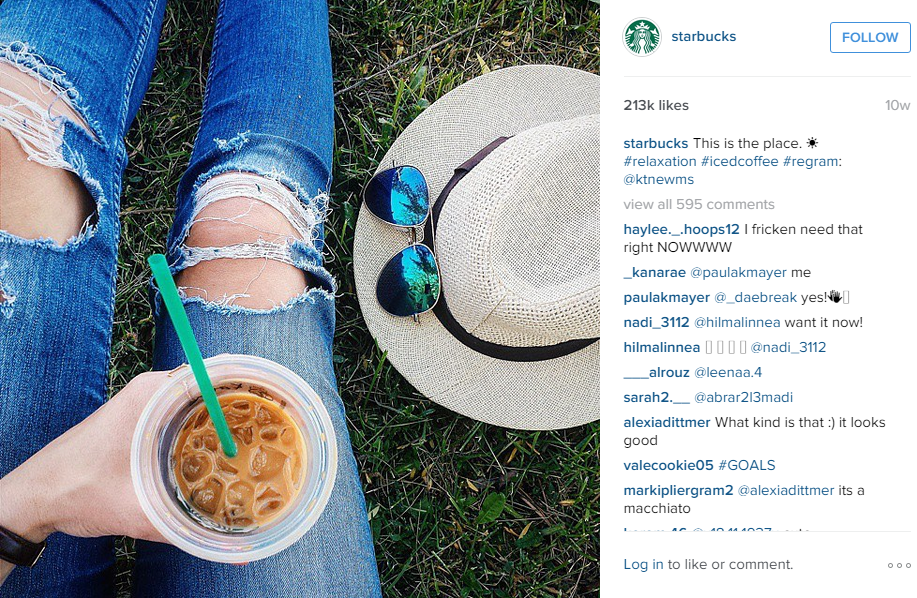 Bio: Inspiring and nurturing the human spirit — one person, one cup, and one neighborhood at a time.

Starbucks has found a way to make their never ending variety of drinks look….fun. Yes, fun.  Sure, they could post photo after photo of beautifully crafted cups of coffee, but they have used the account for much more. The photos demonstrate how Starbucks Coffee is made for any time of day, activity or season with photos of the known to go cup at the beach, at a pumpkin patch, in bed, next to a book, on a boat, or in the park.  They also highlight some of the unique Starbucks cafes around the world, touching on what inspired the cafe and how it benefits the community, because everyone loves a great interior. Thank you Starbucks, continue making us fall in love with the brand one photo at a time.

Does your brand need a social media boost? Contact our social media manager, Karla Lopez Crowley, on 0113 230 4411 and start your journey with us.