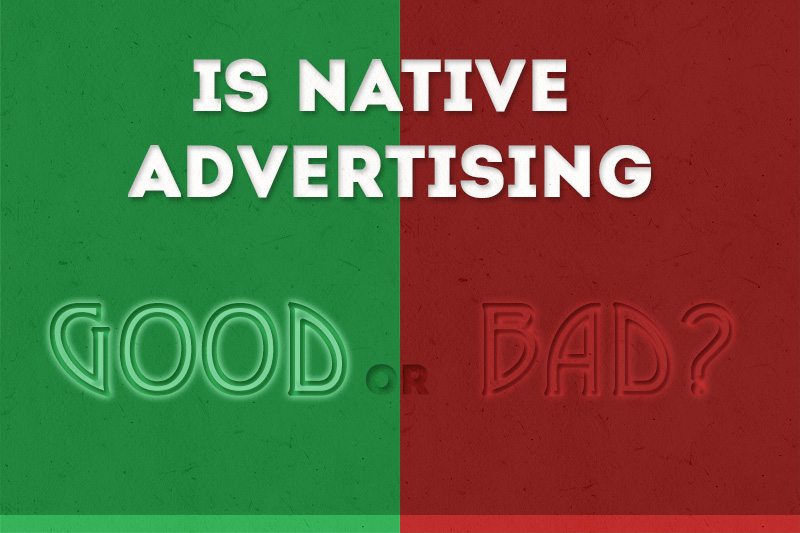 In our latest blog, MD Jim Harris discusses the rise of native advertising and asks what its future holds.

Following the launch of its new website on January 8th, the New York Times has come in for stinging criticism from some quarters for adopting native advertising and thereby ‘selling its soul for a string of beans’.

Native advertising has been around for a while; indeed some would argue that good old advertorial is the original form of native advertising, so how does going native differ and why has it caused such a stir?

Twitter started the native-social ad trend with Promoted Tweets in early 2010 and put simply, native advertising is an online method of using content to build trust and engagement with potential customers. Native ads appear to be natural content to the reader by adopting the look and feel of the surrounding editorial but to succeed they must behave consistently with the native user experience and function as much like natural content as possible.

So, back to the New York Times, which rolled out a three-month campaign of native ads for Dell on January 8th and duly incensed prominent Silicon Valley journalist-blogger, Tom Foremski.

Here’s an extract from his thoughts, which can be read in full here.

“Native advertising poisons the well of trust that publishers have worked so hard to build, and that advertisers benefit from.

“Ads are more effective in highly trusted publication. So why would brands and marketing agencies allow the erosion of readers’ trust in publications they need for their commercial messages? It makes no sense.

“The New York Times’ first native ad page has a line of text, “Paid for and posted by Dell” it has New York Times branding all over the page.

“The next time New York Times reporters write about Dell its readers will think it’s paid for by Dell. This is very bad news for both parties.

“A good story on a public company, written by New York Times reporters, has tremendous value: in gaining new customers, pleasing shareholders, and raising the morale of staff.

“Now, the value of such a hard won article will be lost because readers’ trust is being eroded with each native ad they see — even if the article were to state: “This was not paid for and posted by Dell.”

But here’s the other side of the coin. According to a recent study undertaken by IPG Media Lab and Sharethrough, native ads are viewed 53% more than traditional ads and result in 18% higher purchase intent than banner ads.

So what’s your view? Is native advertising corrupting genuine editorial content or is it being embraced by consumers for offering a more valuable, relevant and less intrusive content than conventional advertising?