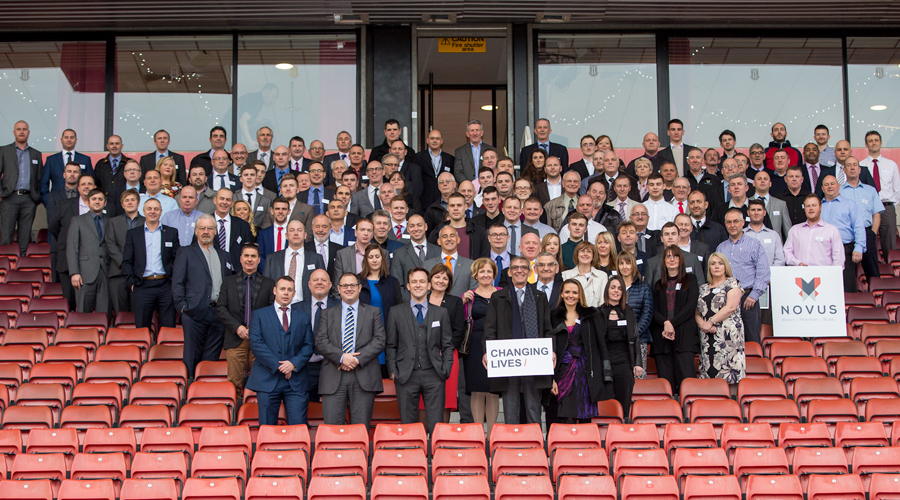 The Harris and ConstrucTV teams were out in force at the first ever Novus Excellence Awards lunch, providing PR and video services both on and after the day.

The Harris PR team liaised with media representatives during the event and publicised key moments on social media as they happened, including appearances by Olympic champion James Cracknell and Stoke City captain Ryan Shawcross.

Post-event news stories and press releases were written to communicate the Excellence Awards lunch to key industry press titles and to Novus employees.

Our ConstrucTV team, meanwhile, filmed proceedings and interviewed award winners, so watch out for the video, coming soon – it’s sure to be yet another showstopper!