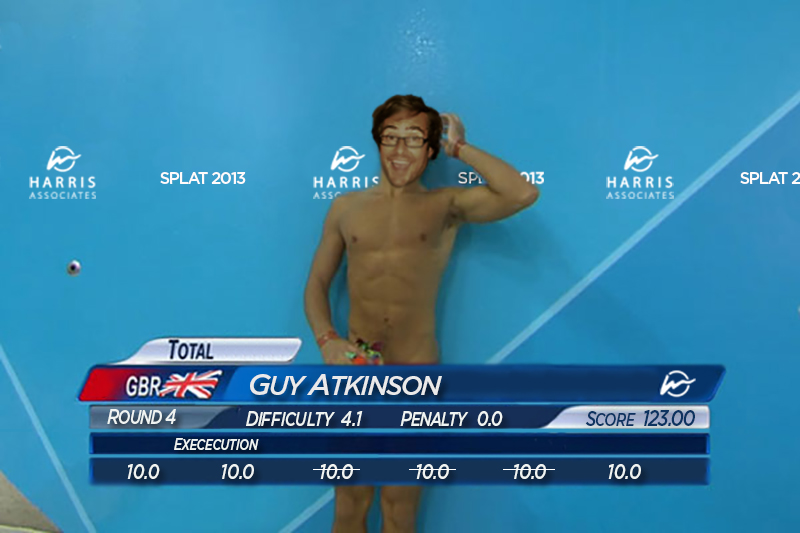 After two months of putting my body and mind through unspeakable horrors and generally making an enormous buffoon of myself, my incredible ‘Splat!’ adventure is over.

I realise at this point that there is an expectation for me to go into full X Factor contestant mode and start emoting about “my journey” and how “I found myself” to a soundtrack of euphoric and uplifting music. Instead, I’ll attempt to give you an insight into what goes on in the head of a 29-year-old man with what could be politely described as a physique not exactly suited to diving, who agreed to strip down to his ‘smalls’ and attempt some dainty dives in front of a few hundred people! If there’s any Hollywood producers reading this, that’s the starting point for a pretty good movie – give me a call.

Unfortunately my preparations for the big day were dealt a severe blow in the final week after I was struck down by that most debilitating of illnesses; ‘man flu’. Anyone who’s had it will know that it renders you incapable of performing even the most simple of tasks, such as washing up, ironing and making tea (thanks Becky, by the way) so the thought of propelling myself from a diving board was one that filled me with as much glee as having a pint with Nick Griffin. I did, however, manage to drag myself out of bed for the final training session two days before the event and thanks to a heady mix of prescription drugs and a giant can of Relentless, I enjoyed a particularly mind bending session and got to experience what it would be like for Lindsay Lohan if the poor drug-addled actress ever tried her hand at diving.

So, in short, I didn’t have anywhere near enough preparation in the final week so the only way I was going to make the picture at the top of this blog a reality was by drawing upon my vast reserves of natural diving talent, which I must check for leaks because, boy, did they let me down!

When I signed up for this I foolishly thought that perhaps only mum and dad would come and see me so they could get a tantalising glimpse of what life would have been like had I chosen sport over beer when I turned 18, but I had clearly underestimated the relish my friends would take in seeing me make an unedifying spectacle of myself. There were 17 people there on the day as part of ‘Team Guy’ and one of them was even wearing a rather fetching t-shirt, which I could definitely get used to seeing more of. 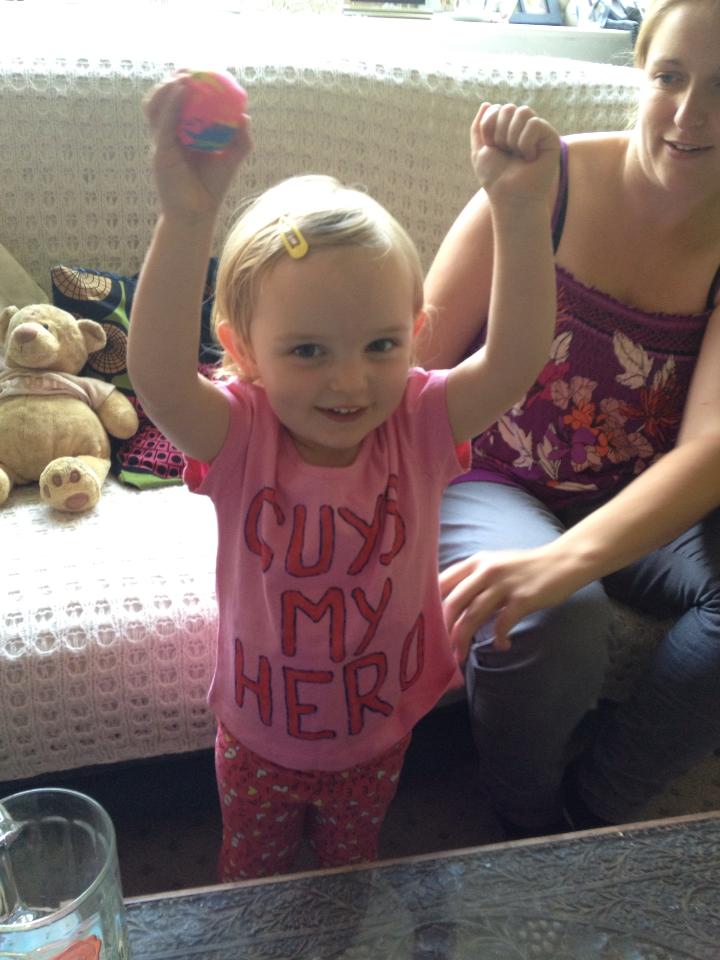 As if having to dive in front of such a big crowd wasn’t a harrowing enough prospect, us ‘splatters’ were to be judged by a panel made up of Leeds Diving’s five Olympians: Tandi Gerrard, Rebecca Gallantree, Alicia Blagg, Hannah Starling and Jack Laugher. In fact, Hannah told me beforehand that her judging would be based on who made her laugh the most, which for a fleeting moment did make me consider throwing away all the skills I’d honed during my training and just bust out the biggest bomb known to mankind.

After being paraded in front of a crowd hungry for some serious pratfalls, I executed my two dives far more raggedly than I had done in training and neither ended up being quite as elegant as the pose below, which was captured in the warm up. 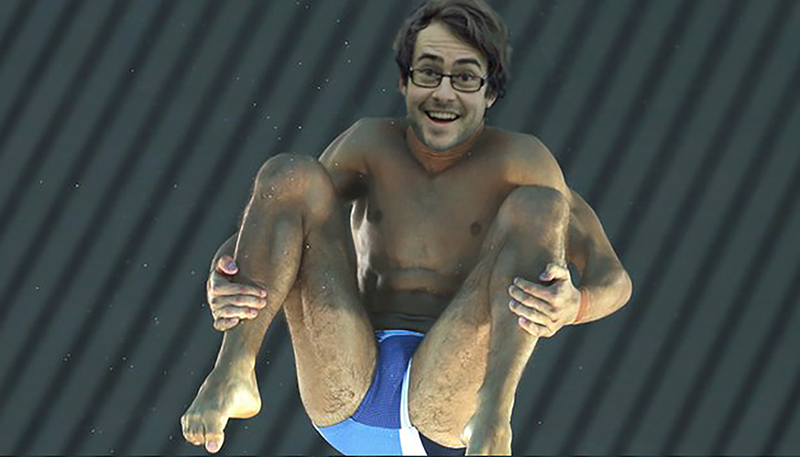 Unfortunately for me, Becky had resisted my calls in the build-up to go for all out bias and just give me 10s for everything and instead took on the Simon Cowell role of being particularly ruthless in her judging of me…I knew I should have done more washing up last week. I ended up 19th out of 25 competitors and failed to qualify for the second round. However, I was able to console myself with the fact that I did break a world record; the longest period of time a man can hold his stomach in and puff his chest out…hurrah!

At least getting dumped out so early on gave me the opportunity to enjoy some of the spectacular dive shows put on by the club’s fearless divers, as well as the tense knockout competition, which ended with Pat Butler and Darren Fletcher trading 10m dives in the final, with Pat ending up as the triumphant victor.

So, the curtain has been brought down on what has been a truly memorable experience and one I’ll remember for a long time, despite the multiple beers at the after-party doing their best to scupper that. I’ve made some great friendships throughout this ‘Splat!’ adventure and even some of the Leeds United fans discovering my football allegiance towards the end won’t ruin that…I think.

Thanks to everyone for reading the blog – I hope you’ve had some enjoyment from it.

Right, I’m off to practice my pike shape.