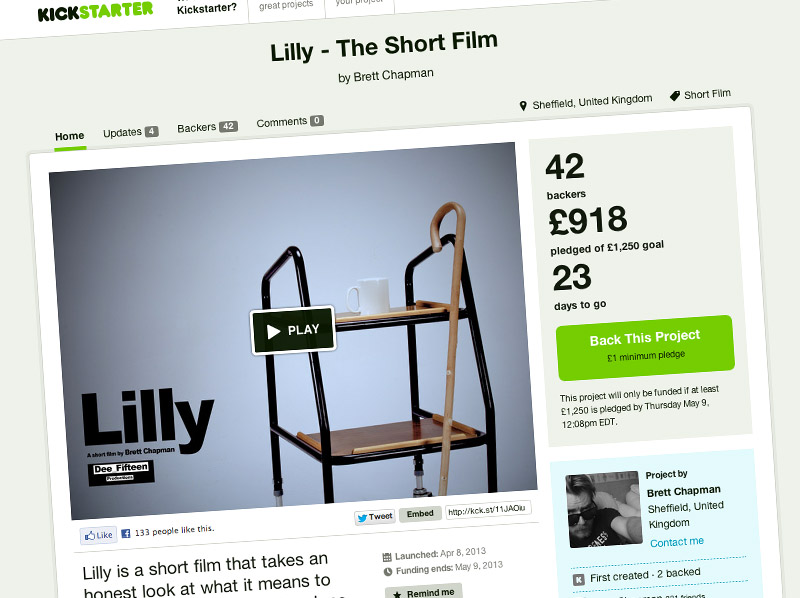 Our very own video specialist, Brett Chapman, has got the wheels turning on his new film, ‘Lilly’, and is hoping to channel Gus Van Sant in his hunt for some good will!

‘Lilly’ was written by Brett and tells the story of an elderly woman living alone in what used to be a family home. The film follows her as her memory fades and, through the conversations she has with those around her, she considers whether she has lived a good life.

Brett has chosen to fund the film via the crowdsourcing platform ‘Kickstarter’ and is putting his social media expertise to good use to promote the film!

To contribute to the film please visit the Kickstarter homepage for Lilly.

You can also keep up to date with the latest news regarding the film via its Facebook page.