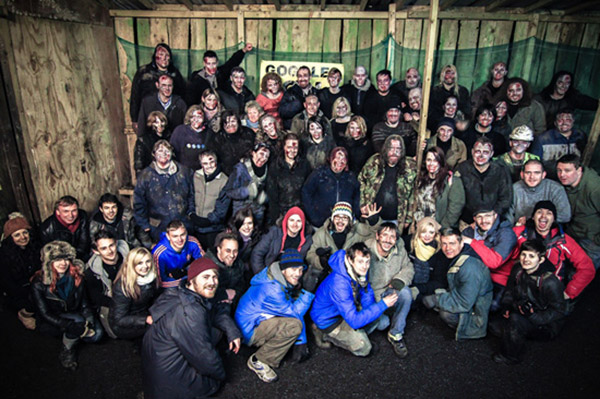 For the past 18 months we’ve been a little worried about our video specialist, Brett. We kept hearing rumours about him running around in the woods late at night and every now and then he’d show up to work with a very suspicious red substance all over his camera.

It turns out he’s been shooting a low-budget zombie film in his spare time – which was something of a relief!

He said: “I’ve always been a big fan of the genre so working on this film was really a labour of love for me. Everyone involved gave up their free time to create a really professional, if pretty disgusting, little zombie flick! I’ve actually learned a lot of new camera techniques and tricks along the way and I’m eager to try them out at work – though I’ll probably leave the fake blood at home!”

The film, called ‘The Eschatrilogy’ was shot in and around the Sheffield area by Safehouse Pictures and will be receiving its world premiere at Manchester’s Grimm Fest this Sunday (7th October 2012). Brett will be taking part in a Q&A session after the film alongside Director Damian Morter and Director of Photography Dean Hinchliffe.